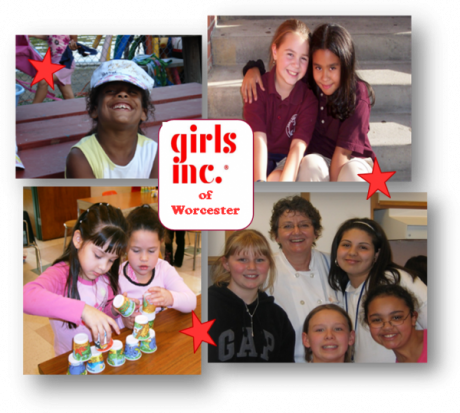 Cathi Coridan, executive director of Girls Inc. in Worcester, is one very happy nonprofit executive. Coridan reported that despite the odds and the challenges it faced several months ago, the non-profit had an incredibly successful summer, awarding $27,000 in scholarships through donations, which funded 180 camp weeks for children in Worcester.

"We had a very successful five-week program at Camp Kinneywood (Worcester), a very active program at Winthrop House and lots of field trips," Coridan said. "In addition, we had 'YouthNet Programming’ three-nights a week, and the very successful 'Wheels to Water’ child and family swim program, with over 750 swimmers over a six-week period."

This success did not seem possible in the beginning of the summer when the organization expressed concern about the lack of funding for summer programs due to the tough economy and prolonged school year. Girls Inc. found itself with a significant funding shortfall, very low registration and a very small window in which to find the funding so more children could afford to attend.

According to Coridan, this summer’s success was the culmination of support from several agencies, non-profit groups, corporations and many private individuals that contributed to a campaign designed to raise desperately needed funds to run the summer programs.

"Deborah Penta, founder of FLIC (Female Leadership Interest Council), a nonprofit organization that educates, inspires and mentors women in all stages of life, made a leadership challenge grant to the community with hopes to inspire others to pay-it-forward and help Girls Inc., meet its goals for the summer programs," Coridan said. "Two generous donors matched that challenge within 10 days!"

"FLIC was founded on the premise of paying-it-forward and by helping Girls Inc. through a challenge grant, we were able to provide both moral and financial support to another non-profit organization dedicated to helping young girls in our community," Penta said. "It truly takes a community to make a difference. Our challenge grant was one small way we could inspire others in the community to help Girls Inc. with its mission of serving the girls and inspiring their future."

Other supporters who made a difference this summer included Val Loring and Warner Fletcher at the Stoddard Foundation, who supported Girls Inc. for the 'Wheels to Water’ program and Camp Kinneywood; the Friendly House staff who ran the 'Wheels’ part of the program and the workgroup with City Manager Mike O’Brien; Susan Sullivan’s letter to the editor; and the Worcester Community Action Council and WIA workers’ program.

In addition to the summer programs, Girls Inc. Worcester was able to have 13 interns assist over the summer, two of which were recently honored at Clark University as Bruce Wells Upward Bound scholars.

"Akuah Kontor and Dora Twumasi-Ankrah honored us with a great two-week internship program at Winthrop House. They attended meetings, helped with database updating and input, supported program staff with prep and supplies, did research on other Girls, Inc. programs and named the two new programs we are launching this fall: 'Girls in Action’ and 'Girls Inc. Achievers,’’’ Coridan said. "They will continue to be part of Girls Inc. this coming year as they have been selected as the youth representatives to the Girls Inc. Board of Directors."

Girls Inc. of Worcester, founded initially as the Worcester Girls Club in 1916, is the oldest girl-serving program in Central Massachusetts. Its mission is to Inspire All Girls to be Strong, Smart and Bold.  For information on its research-based programs at its Providence Street facility or in the community, call 508.755.6455.